Worried by the return of queues to filling stations across the country, the Senate yesterday summoned the NNPC Group Managing Director to appear before its Committee on Petroleum Resources (Downstream) on Thursday over the rising scarcity of PMS across the country.

Baru failed to appear before the committee on Tuesday, leading to the rescheduling of the meeting during which he would be expected to explain the reasons for the scarcity.

The Chairman of committee, Senator Kabiru Marafa, while briefing journalists in Abuja, said plans had also been concluded to commence nationwide inspection of filling stations over the looming fuel crisis.

Marafa stated the Senate would not allow some unpatriotic persons to cause Nigerians any hardships, especially during the Yuletide, stressing that though the lawmakers had adjourned plenary to conduct budget defence sessions for Ministries, Departments and Agencies of the government, members of the committee would embark on the oversight visits to the filling stations.

He said members of the committee would be regrouped into sub-committees to make it possible for them to visit all the states. 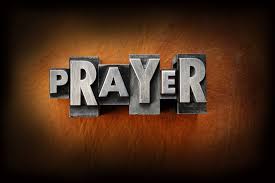