Former National Publicity Secretary of the Peoples Democratic Party, Olisa Metuh, who is facing corruption charges, yesterday arrived for continuation of his trial before the Abuja Division of the Federal High Court, in a wheelchair.

Metuh was wheeled into the courtroom to continue his defense to the seven-count charge the Economic and Financial Crimes Commission, preferred against him and his firm.

At yesterday’s proceeding, Metuh through his lawyer, Emeka Etiaba, applied to be allowed to travel to the United Kingdom for medical treatment.
Etiaba told the court that his client’s health had badly deteriorated in the past two months, a situation he said would require urgent medical attention from his doctors in London.

He tendered as an exhibit, a letter from one Dr. Adrian T. H. Kasey, a Neurosurgeon at Wellington Hospital in London, which he said emphasized the need for Metuh to be treated urgently. 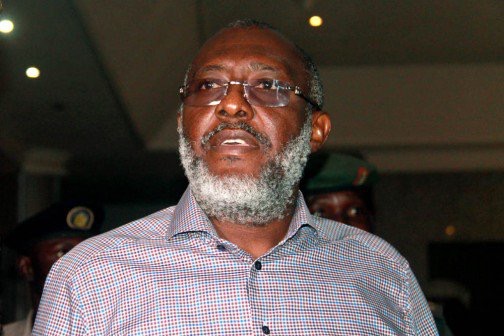